This storied weed is one of the oldest crops known to man – and one of the newest industries on the market.

Presidents grew it. Colonists depended on it. The Constitution of the United States is written on it.

In 1941, Henry Ford created an all-organic car constructed partly of hemp, that even ran on hemp and vegetable seed oils. The next year, Congress passed the Marijuana Tax Act which made growing hemp illegal except under a special Federal permit that was next to impossible to attain. Suddenly, centuries of production and innovation came to a grinding halt.

But why? Well… you can make plastics from hemp. And fuel. Many historians agree that the oil industry had a vested interest in putting hemp producers out of business. Hemp could be a cheap and effective substitute for petroleum products. It grows virtually anywhere – people could theoretically grow their own “gasoline” in their back yards. And heating oil. And so much more.

Hemp cannot, however, get you high. No matter how much you smoke, no matter how low your tolerance for cannabis. THC, the psychoactive constituent commonly associated with marijuana, is virtually undetectable in its cousin, hemp. No logical reason exists for hemp to be illegal – and every reason for the United States to embrace this sustainable, earth-friendly miracle plant.

Which is why laws are finally changing! The tide started turning in 2014 when the US Farm Bill provided some states to grow hemp for research and development. In December 2018, hemp was officially removed from the list of federally controlled substances – coinciding with a huge surge in demand for CBD oils (which can be made from hemp). Farmers are anticipating a boom in sales and a new cash crop for America.

Even more exciting, the 2018 legislation opens up new possibilities for renewable energy and a whole gamut of environmentally-responsible products. Hemp could change how we live, how we dress, how we cook and eat and care for our bodies. Hemp could quite possibly save the planet.

Whether hemp lives up to expectations of course remains to be seen – practical applications of these brand-new laws still need to be worked out. At Leaf Peeps, we’re partnering with small local farms and processors to offer hemp products in the near future. Stay tuned!

UPDATE: We now offer CBD and other products at leafpeeps.club 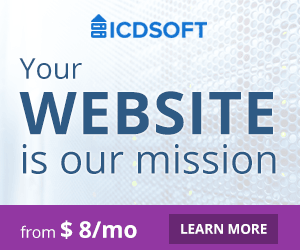